“THE TRANSFORMATIVE TECHNOLOGY OF CARBON” – Cal-Lab

“THE TRANSFORMATIVE TECHNOLOGY OF CARBON” 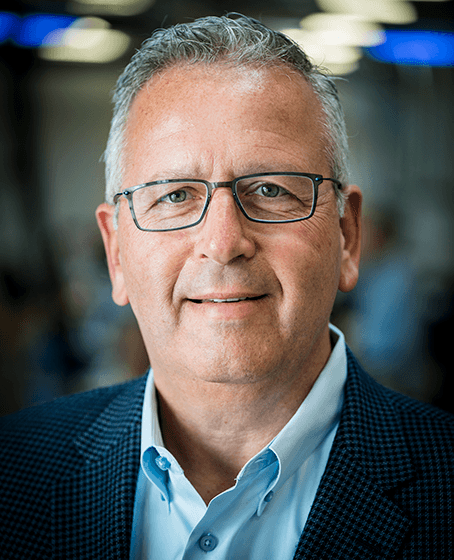 Dr. Joseph M. DeSimone co-founded Carbon in 2013 and served as the company’s CEO until being named Executive Chairman in 2019. As CEO, Joe grew Carbon from a small team of scientists and engineers into an over 400-person global company valued at almost $2.5 billion that is defining the digital revolution in manufacturing. Previously, as a professor at the University of North Carolina for over 20 years before launching Carbon, Joe made scientific breakthroughs in areas including green chemistry, medical devices, and nanotechnology, also co-founding several companies based on his research. When Joe took on 3D printing, he brought together insights from diverse fields to co-invent the core technology that now drives the Carbon Digital Manufacturing Platform. Powered by Digital Light Synthesis™ (DLS™) technology, the Carbon Platform is enabling companies to break free of traditional polymer manufacturing methods to advance product innovation across numerous industries. Under Joe’s leadership, the company also pioneered the world’s first subscription business model for manufacturing hardware, which provides Carbon unprecedented visibility into future revenue, advances strong partnerships with customers, and enables customers to be future-proofed from obsolescence. In recognition of his entrepreneurial success at Carbon, Joe was recently recognized as the 2019 EY Entrepreneur of the Year National Overall winner and will represent the USA in the world competition in Monaco in June 2020.

Joe grew up in the Philadelphia area and studied chemistry at Ursinus College. He went on to earn his Ph.D. at Virginia Tech in 1990, joining the faculty at UNC that same year. He quickly achieved international recognition as a scientist, inventor, and entrepreneur, earning major accolades including the U.S. Presidential Green Chemistry Challenge Award and the $500,000 Lemelson-MIT Prize. In 2016 President Obama awarded him the National Medal of Technology and Innovation, the highest honor in the U.S. for achievement and leadership in advancing technological progress.

At UNC, Joe built a strong culture in his research group centered on the notion that diversity is a fundamental tenet of innovation. He mentored 80 students through Ph.D. completion, half of whom are women and other members of underrepresented groups in STEM. He credits much of his laboratory’s success to this approach, frequently emphasizing how both human and disciplinary diversity accelerate progress in team problem-solving. Joe brought this perspective to Carbon as well and considers it crucial for Carbon’s position as the world’s leading digital manufacturing company.